Things you need to know about supplements

Ever since a spate of nandrolone positives at the turn of the century were attributed to contaminated supplements, much has been written about the potential hazards of using sports supplements and the fact that – no matter what the label claims – there is no guarantee that any such product is free from banned substances.

Yet, the use of supplements has skyrocketed.

And contaminated nutrition supplements continue to be used as an excuse for failed dope tests!

It seems that nobody intentionally dopes these days!

But they do intentionally take products which claim to improve their performance.  You can barely call yourself an athlete these days if your meals don’t come in powdered form, or your #gohardorgohome session isn’t fuelled by some form of stimulant.

So, just in case the message isn’t getting across, here’s a handy little reminder about sports supplements. Listen up Asafa et al., this may even learn something:


The main purpose of nutritional supplements is to make a shed load of cash for those who produce and sell them.

Many of them don’t work at all.

And some of them do, but not because of their listed ingredients.

Let’s be clear - contamination is a bit of a misnomer. ‘Contamination’ is often intentional (i.e. products included but not declared on the label); the result of being produced in the same factory as products which contain banned substances; or because the product contains ‘natural’ ingredients which could contain just about anything.

Afterall, a manufacturer is not going to say: ‘look at this product; it probably contains banned substances’.

That’s not to say that sort of sale doesn’t happen too, but it’s a little less likely to happen on the high street.

For now at least.

And if you feel like I’m being melodramatic, check out the 2008 review article by Geyer et al. which highlighted the extent to which sports supplements contain products (often steroids) which are not included on the label

Included within that report is a 2005 study which showed that Vitamin C, Multivatimin and Magnesium tablets produced by a German manufacturer for sale in German and Spanish grocery and drug stores, were found to be cross-contaminated with the steroids metandienone and stanozolol (the Ben Johnson drug). It turns out that the company in question - Senesco-Pharma – produced these products on the same production line and at the same time as steroid products.


If it sounds performance enhancing, it may well be…


And not in a legal way!

Asafa Powell claimed, after he tested positive for the banned stimulant oxilofrine in 2013, that the source of the offending substance was a contaminated batch of the ‘legal’ supplement, Epiphany D1. Now, I’m not sure about you, but Epiphany doesn’t sound to me like it’s just an innocent whey power or a carbohydrate drink. It’s not just something that you take to ensure you’re meeting your daily requirements of vitamins and minerals.

Further inspection of the list of things Ephiphany D1 claims to improve (memory, learning ability, energy levels, verbal fluency, motor skills and oxygen supply to the brain, as well as protect brain cells against the effects of aging), and its long list of ingredients, would surely set alarm bells ringing. And at almost €60 for a 15 day supply, you’d almost expect there to be something banned in there.

Either way, with Powell claiming that he didn’t know it was his responsibility to check what his supplements contained and that all ingredients might not be listed on the label, perhaps it doesn’t even do what it claims, especially on the enhanced brain function side of things.

Last week Sport Ireland released details of boxer Michael O'Reilly’s adverse finding from 2016 and shock, horror, Falcon Lab’s Superdrive Testobooster Tech – the product O’Reilly blamed for the failed test – contained an anabolic steroid! Sometimes, when you least expect it, these things do exactly what they say on the tin.


Superdrive Testobooster Tech was not the only Falcon Lab product blamed for a failed drugs test from 2016 – Kerry Gaelic footballer Brendan O’Sullivan claimed that fat-burning supplement Oxyburn Pro Superthermotech - produced by the US-based nutritional supplement company – was responsible for his anti-doping indiscretion.

And if Kolo Toure thought us anything, it’s that fat-burning supplements are best avoided. If they don’t contain banned amphetamines, stimulants or corticosteroids, they are likely to contain diuretics – banned masking agents – or just be a waste of money.

When did a few extra laps of the pitch become so unpopular!


No product is WADA or IOC or approved!


Yes, no matter what a manufacturer might claim, no produce has been approved as risk-free by any governing body. And what’s more, unlike medications, nutritional supplements aren’t even governed by… well, anybody really. They are, pretty much, a money-making free-for-all.

Informed-Sport is a risk-reduction initiative, whereby batches of products are independently batched tested for banned substances on the current WADA list. Athletes who feel the need to take supplements are strongly advised to ensure that anything they are taking is on the Informed Sport list.

But remember, there is still (and never will be) any guarantee that a product is completely safe to use.  Powell and Simpson may have managed to reach an out of court settlement with the manufactures of Epiphany D1 and get their bans reduced, but mere mortals are subject to strict liability and may get up to a four year ban for their stupidity. You are responsible for what’s in your body.


But, the good news is that, despite popular opinion, food doesn’t have to come in powder form


That doesn’t stop athletes tweeting photos of their protein recovery shake every five minutes. But don’t be fooled by the hype. They’re being paid by the manufacturers to advertise these products.

The athletes might even be eating proper meals away from the camera.

But yeah, if you want everything to be banana, strawberry or vanilla flavoured, with a slightly powdery texture, then sure, go ahead. Knock yourself out! 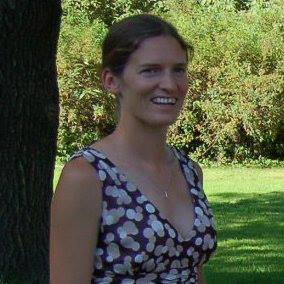